Skip to content
Home
Blog
Are Speed Limiters the Answer?

I was reading a couple articles on the RoadSafetyAmerica site that were advocating putting speed limiters or governors in every truck. It seems they think that will help make the roads a safer place. They compared truck safety to airline safety and airline pilots to truck drivers. They even said that you have a choice about buying a ticket when you get on a plane… but???

So you are telling me you have no choice when it comes to hoping in your car and getting on the freeway? Just because you don’t have to buy a ticket to get there (unless maybe it’s a toll road…)

Gaps in logic have always frustrated me. 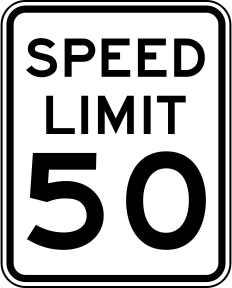 Driving is a not mandatory. You can stay home, you can ride a bus, you can find a place to live in walking distance of the grocery store or your job. Please… you do have a choice! You can also choose to turn your phone off before you pull out of your drive way. You can take a look in the mirror when we discuss driver fatigue… truckers aren’t the only ones who can fall asleep behind the wheel at the end of a long day’s work (or a long drive back from vacation.) you can choose to inspect your vehicle periodically to make sure your brake lights are working!

There are a lot of reasons that trucks and cars collide. They aren’t all things the truck driver has any control over.

I am in favor of safer roads. But the roads will not be safer by putting speed limiters on every truck. Trucks already cause as many problems by going to slow as they do by going to fast. When a large truck can’t keep up with the flow of traffic then there are many other vehicles trying to get around, making unsafe and sudden lane changes in order to do so. A truck that is limited to 68 or 63 or 55 mph will cause trafic backups that prompt other motorists to do crazy things.

They are also more likely to be involved in a rear-end collision because the driver behind them was not paying attention and didn’t notice they were gaining on the slower vehicle.

I believe in driving slower for the sake of better fuel mileage and have heard a lot of arguments about how I should be going faster in order to promote safety… no matter how much it costs at the pump.

In spite of being rather slow myself, I would rather not have a governor on my truck. The reason is I consider it a safety hazard. Trucks are big and heavy. When going down hill gravity sometimes gets the best of us. One of the last trucks I drove had the RPM’s governed. This prevented you from down shifting on a hill if your speed started to get out of control. Think about that one for a minute.

A truck is going down a hill at 25mph, the driver discovers that the speed is too fast for the weight of his truck and cargo. Or maybe he forgot to inspect his brakes. Now he needs to downshift, but he can’t rev up the motor enough to get into the lower gear. His brakes may be failing by the time he figures this out and slowing down MORE to get the RPM‘s down isn’t working. Now you have a truck going down the hill, out of gear, and the driver can’t get the truck back in gear because it’s got a speed limiter on it.

I hope you are not the car in front of that truck!

It’s true that there are some truck drivers who have no respect for speed limits and drive way too fast. Those same drivers are the ones who know how to disable the speed limiters in their trucks.

Putting speed limiters on trucks is a lot like taking guns away from honest citizens. The criminals will find a way around the law. It’s the honest folks who will follow the law and possibly get in worse trouble because of it.

DO YOU HAVE WHAT IT TAKES TO BE THE BEST OF THE BEST?

Everyone wants THE 3 R’s

Experienced professional drivers who are willing to role-model, need to know about their value to and the impact they have on the success of our industry.